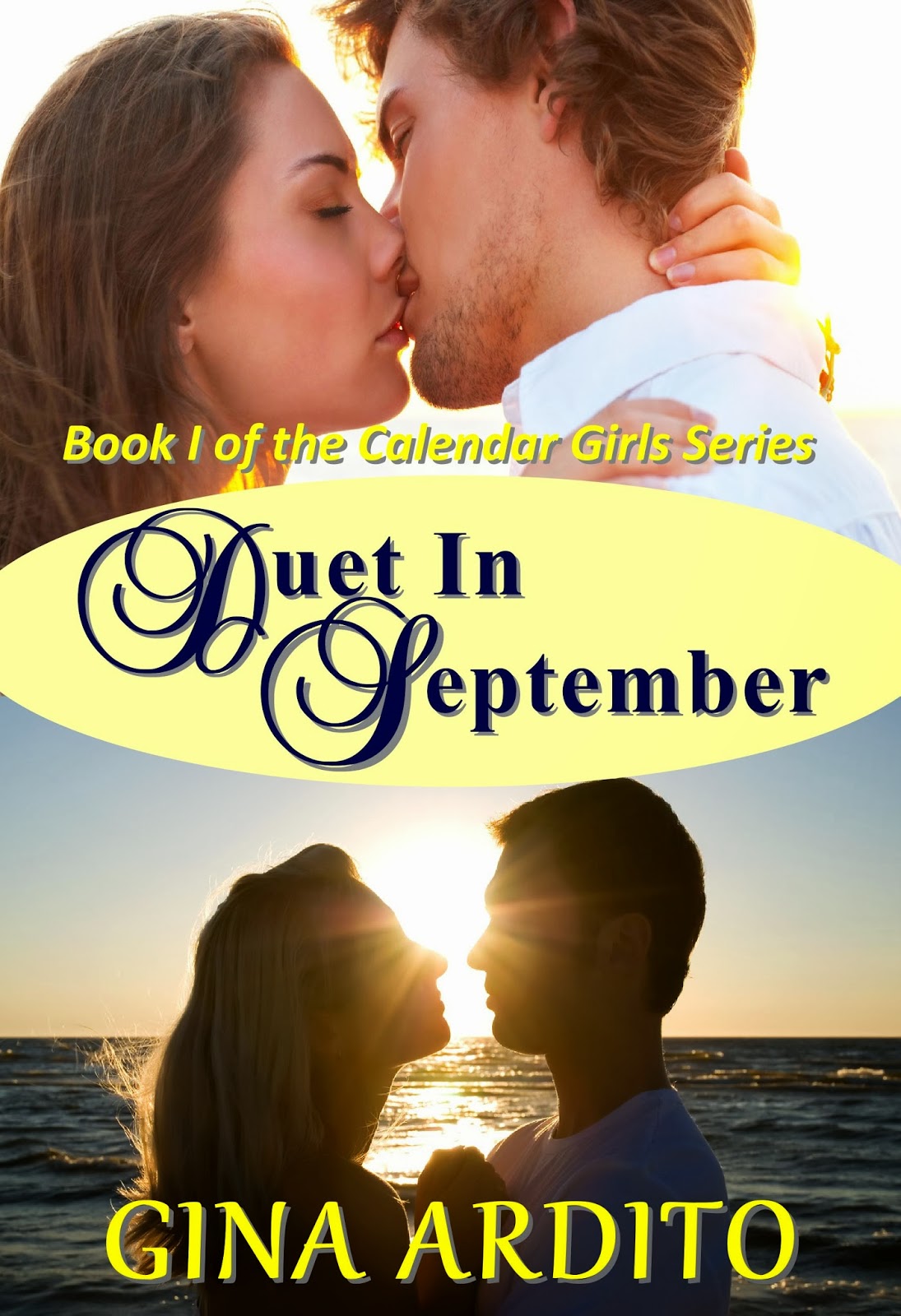 With Duet in September up for a RONE nomination from InD’Tale Magazine, I’m sharing snippets of the story as a means of convincing you, the readers, to vote for its continued journey toward a win at the Romance Novel Convention this summer in Las Vegas. And so, without further ado, here’s a sneak peek at twin sister, Paige.

Duet in September is available from Amazon for 99 cents for a limited time!

Please vote for Duet in September here in the Cops, Jocks and Cowboys category. (Yes, you have to register onsite to vote. My apologies for the inconvenience and my enduring gratitude to those who go through the process on my behalf anyway.)


For tips on writing and fun articles, visit Gina’s Articles For Writers page: https://ginaardito.com/ArticlesforWriters.html
Need editing services for your manuscript? Gina is proud to announce the launch of Excellence in Editing: http://excellenceediting.com/