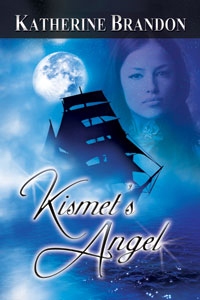 Today is the festival of Holi in India.
Here’s a little background that comes from my first historical romance and the first of the Kismet Series, Kismet’s Angel:

“Do you know anything about Holi?”
“Daya told me it’s the Hindi festival of fire.”
“‘Tis true. Holi is based on the legend of Holika. The king of the demons, Hiranyakashipu, had a son named Prahlad. Despite his father’s evil bent, Prahlad was devoted to Vishnu and could not be swayed in his loyalties, even under the threat of death. Several times his father attempted to kill him, but Prahlad always survived through some miracle. Finally the demon king called upon his sister, Holika, for help. Holika suggested Prahlad sit on her lap in the center of a pyre. She would be protected from the fire by a magic shawl that rendered the wearer impervious to flame. Prahlad agreed to his father’s command but prayed to Vishnu for salvation. The moment the pyre was lit, the shawl flew from Holika to settle about Prahlad. Holika died in the fire, but Prahlad remained untouched. At Holi, we celebrate Holika’s death.”
…He turned, and a hard poof hit his chest. Red blossomed across his shirtfront. Glancing up from the stain, he discovered Uthman, color-streaked hands holding a mound of colored powder.
“Bura na mano, Darian. Holi hai!”
Attempting to brush the powder away only spread the stain farther. “If those words mean anything besides ‘I’m sorry,’ I’m not interested in hearing them.”
Poof! The second red bomb hit with the same dusty explosion. The colorful artillery cut through the last vestige of fog in Darian’s head.
“Actually,” Uthman said with a grin wider than his girth, “it means, ‘Do not mind. Today is Holi.’”
For the briefest moment, Darian toyed with the idea of tossing Uthman overboard. Would the old salt mind a sudden bath in the bay?
As if following the trail of Darian’s thoughts, Ahmed leaned to whisper, “On Holi, all pranks are welcome if they are done in the spirit of fun.”

Holi is actually a celebration of good over evil. So is Kismet’s Angel, a story about two extraordinary mortals, one determined goddess, and a destiny that only true love can fulfill.

Kismet’s Angel is available for $2.99 from Amazon, Barnes & Noble, or The Wild Rose Press.
For tips on writing and fun articles, visit Gina’s Articles For Writers page: https://ginaardito.com/ArticlesforWriters.html Need editing services for your manuscript? Gina is proud to announce the launch of Excellence in Editing: http://excellenceinediting.blogspot.com/