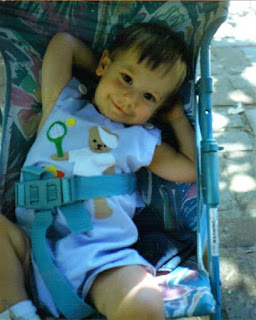 How on earth did that happen? Last I remember, I was holding him for the first time while my obstetrician and the delivery room nurse argued over who won the bet regarding his time of arrival. Okay, I do remember other events after that: the way he used to call his sister “Orti” instead of “Tori,” his first word (cat), stories from moms in his preschool about how their daughters used to fight to marry him every day, his trip to the ER for stitches when the kid didn’t even cry despite the blood soaking his bedsheets… His younger days were filled with smiles and laughter, amazement, and a few panicky moments.

Nowadays, there’s a lot more laughter, a lot less panic. The Boy is scary smart, with a wicked sense of humor, a political razor sharpness to his insight, and a strange Vulcan mind-meld with animals. He also has an addiction to his Xbox, and though I tease him about it, I do appreciate that if he’s going to be hooked on something, there are a lot of worse things than COD. Next year, he’ll learn to drive–a fact he often terrifies me by mentioning.

Happy birthday, Nick. The world is poised to offer you great things. Don’t be afraid to grab them all!